At the heart of each of us lies a silent pulse of perfect rhythm.

Jin Shin Jyutsu is an ancient Asian art of harmonizing the energy in the body. It is a method of healing similar to the practice of acupressure. Jin Shin Jyutsu identifies 26 “safety energy locks” in the body, key points where energy pathways cross. After feeling pulses in the wrist and determining where energy is blocked, the practitioner uses a light gentle touch applied to a sequence of points on the body. This process harmonizes the energy in the body, relaxes the musculature and calms the nervous system.

Jin Shin Jyutsu treatments are a powerful complement to conventional medical practices and are particularly helpful with chronic pain, cancer recovery, cardiac rehabilitation and emotional trauma. Most clients find a series of 10-20 weekly sessions beneficial to get optimal results.

Jin Shin Jyutsu is described as an art, as opposed to a technique, because a technique is a mechanical application, whereas an art is a skillful creation. Learn more about the benefits of Jin Shin Jyutsu sessions.

Jin Shin Jyutsu is an ancient Japanese healing practice which is said to have been taught and transmitted only verbally for thousands of years. It was first recorded in writing in the Japanese imperial castle records known as the Kojiki (“Records of Ancient Matters”) created in the year 712 AD at the request of the Empress Genmei. However, this practice was lost to popular usage until the 20th century.

In the early 1900s, Jiro Murai, a young philosopher with a terminal illness, studied traditional healing techniques and achieved a miraculous healing of his body, along with a vision to study the ancient healing practices recorded in the Kojiki. He later healed the Emperor of Japan, who authorized his in-depth study of the Kojiki, where he discovered the detailed description of Jin Shin Jyutsu. The Emperor then authorized Master Murai to teach this healing art throughout Japan, and thereafter Jiro Murai dedicated his life to studying and teaching Jin Shin Jyutsu.

Cynthia was fortunate to be trained in Jin Shin Jyutsu directly by Mary Burmeister in the 1980s and 1990s.

Being a stage 4 breast cancer patient – Jin Shin Jyutsu gave me the courage to overcome the fear of my disease, its treatment; and also gave me some control over my own health care. Learning to do the liver and spleen flows at home kept me focused with a positive attitude.

I think the most important thing was overcoming the fear and also gaining some control in my own health care. I didn’t like having to turn my life completely over to the medical establishment – Jin Shin Jyutsu gave me a bit of control over my body and spirit. 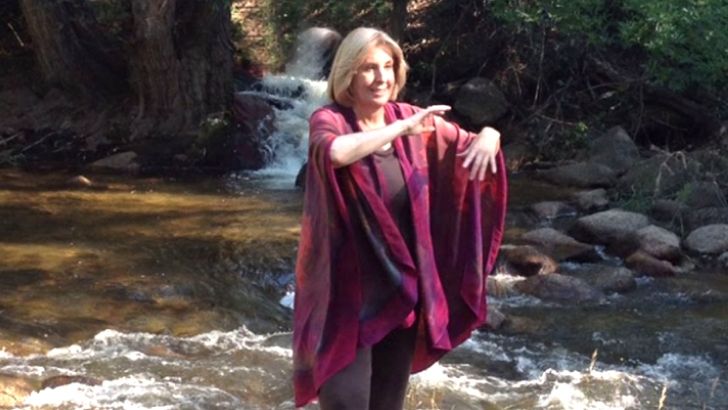 To make an appointment for an individual session with Cynthia, please call 303-868-0867, or email her at cynthiaghiron@gmail.com. Appointments usually available 10am–6pm, most days.

What People Are Saying …

There is no need to run outside
for better seeing
nor peer from a window
rather abide at the center of your being
for the more you leave it
the less you learn.
— Lao Tzu